Freddie Crowley is the founder and director of the Corvus Consort.

“They have an energetic and enthusiastic director in Freddie Crowley, who also has an engaging manner with an audience…”
— Wales Arts Review

A member of the 2018-19 cohort of Genesis Sixteen, The Sixteen’s young artists’ programme run by Harry Christophers and Eamonn Dougan, he also held a 2019-20 Fellowship with the National Youth Choirs of Great Britain, and was chosen to be a Making Music Selected Artist for the 2020-21 season.

Freddie graduated in 2018 from Merton College, Oxford, where he read Music as a choral scholar. While at university, he was also a member of jazz a cappella group The Oxford Gargoyles and made frequent musical theatre appearances.

Freddie grew up in rural Devon, spending six years as a chorister at Exeter Cathedral.

For a while he worked as a barista at Monmouth Coffee Company, and can be found in the depths of Dartmoor when he has the chance.

“Freddie Crowley’s introductions to the pieces combined unaffected ease with erudition. Still only in his mid-twenties, he is already developing a distinctive style, particularly in the way he holds silences, creating exquisite tension and release.”
— The Moorlander Newspaper 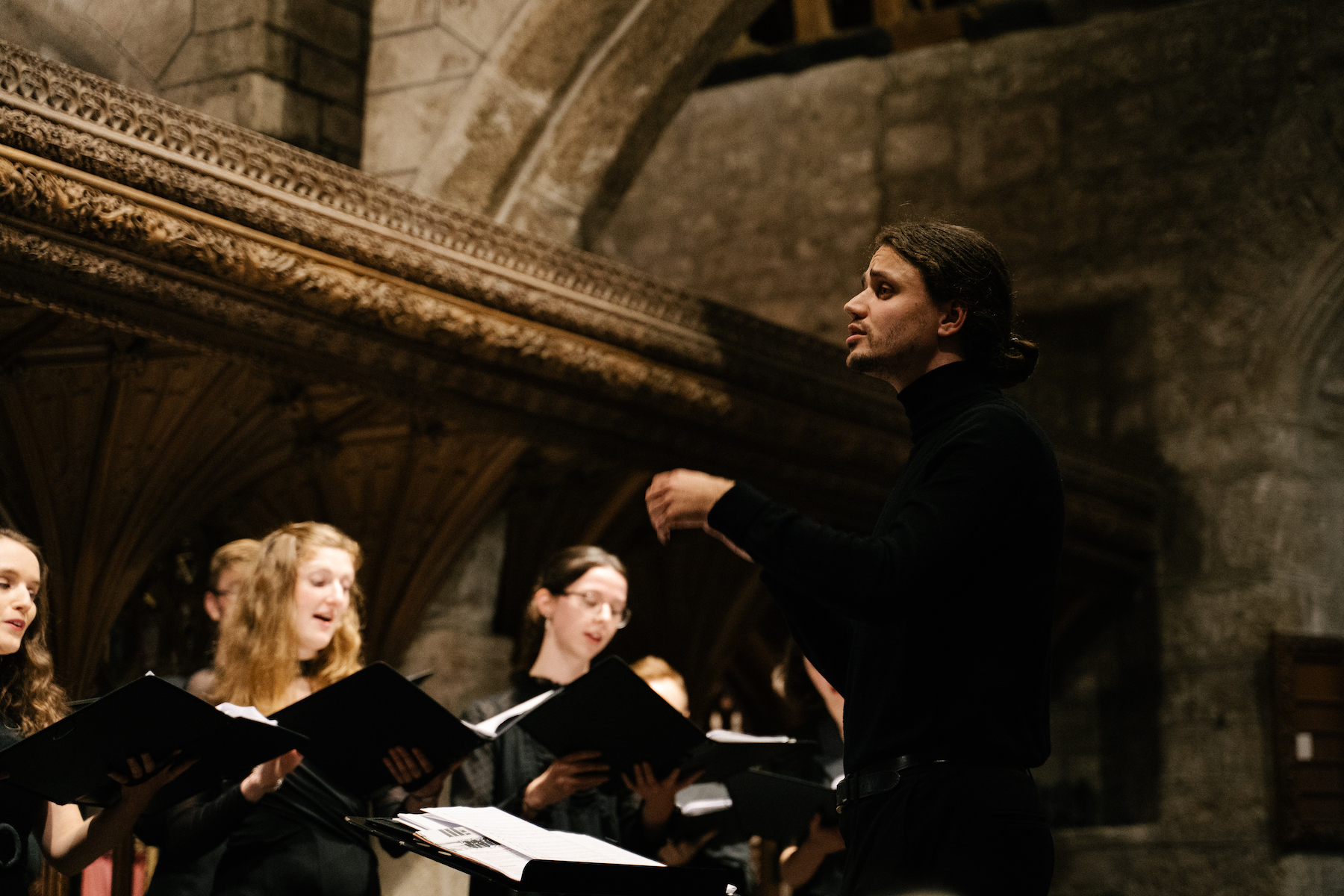